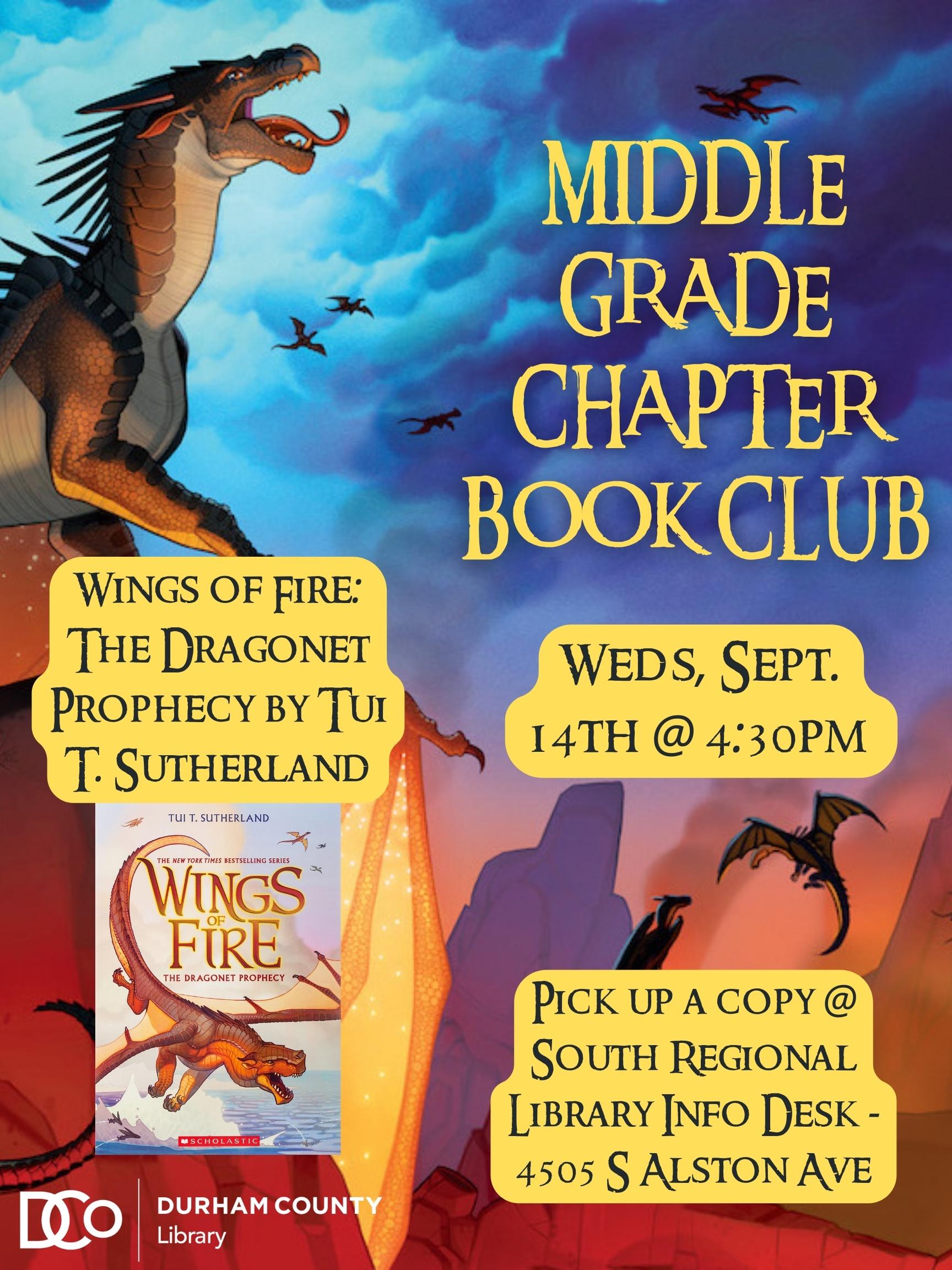 Welcome back to the Middle Grade Chapter Book Club at South Regional! For our September session we will be discussing the first book of the highly popular series Wings of Fire: The Dragonet Prophecy by Tui T. Sutherland. This is the first book in the series, so feel free to read beyond book one if you like it. Copies of the book will be available for pick up at the South Regional Library Information Desk. This book club will take place both in-person and virtually, so feel free to join however you'd like.

A thrilling series that soars above the competition and redefines middle-grade fantasy fiction for a new generation!

The seven dragon tribes have been at war for generations, locked in an endless battle over an ancient, lost treasure. A secret movement called the Talons of Peace is determined to bring an end to the fighting, with the help of a prophecy -- a foretelling that calls for great sacrifice.Five dragonets are collected to fulfill the prophecy, raised in a hidden cave and enlisted, against their will, to end the terrible war.But not every dragonet wants a destiny. And when the select five escape their underground captors to look for their original homes, what has been unleashed on the dragon world may be far more than the revolutionary planners intended . . .

TUI T. SUTHERLAND is the author of the New York Times and USA Today bestselling Wings of Fire series, the Menagerie trilogy, and the Pet Trouble series, as well as a contributing author to the bestselling Spirit Animals and Seekers series (as part of the Erin Hunter team). In 2009, she was a two-day champion on Jeopardy! She lives in Massachusetts with her wonderful husband, two awesome sons, and two very patient dogs. To learn more about Tui's books, visit her online at tuibooks.com.