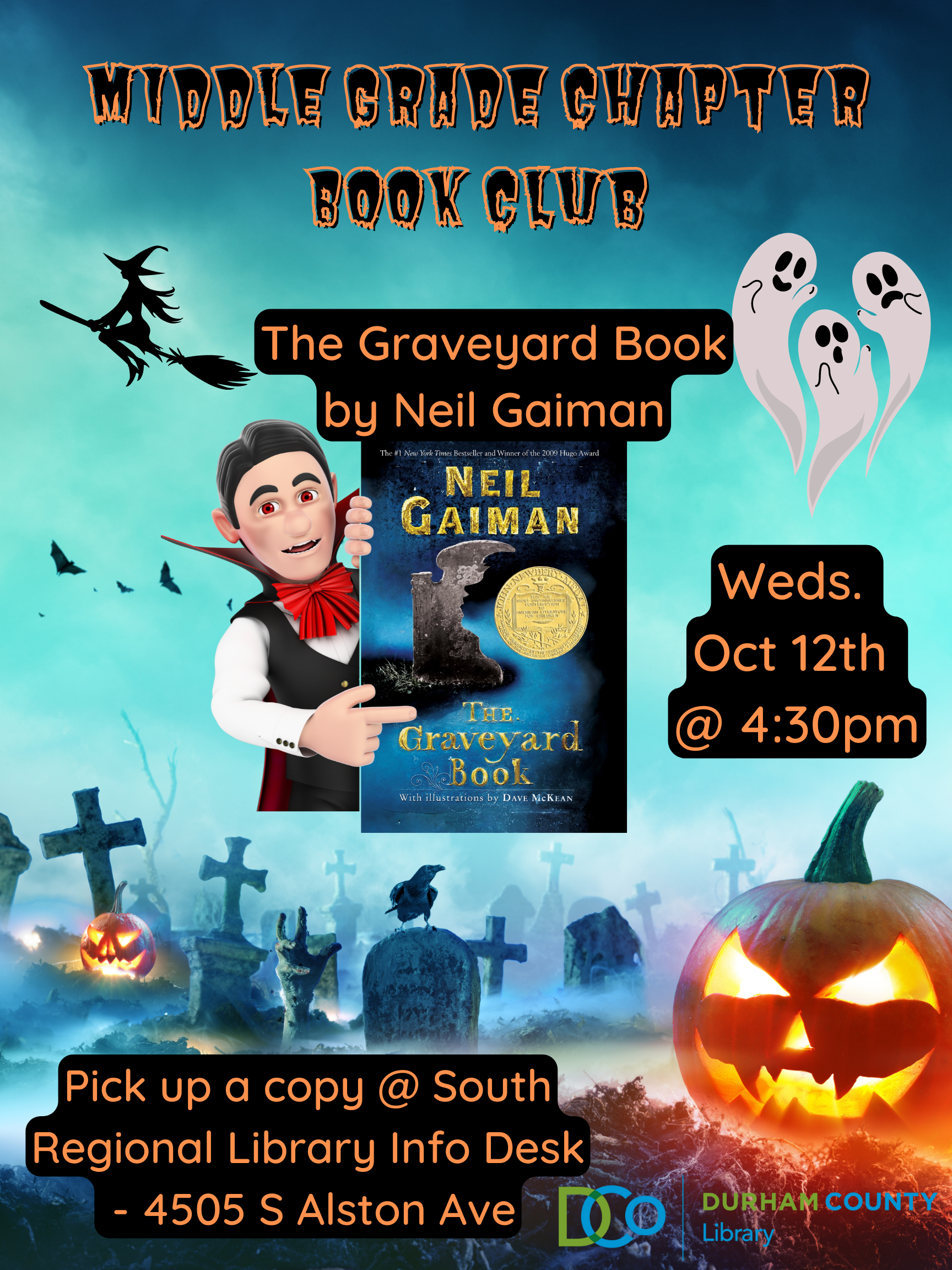 Welcome back to the Middle Grade Chapter Book Club at South Regional! For our October: Halloween session we will be discussing The Graveyard Book by Neil Gaiman. This is a standalone book, not part of a series. Copies of the book will be available for pick up at the South Regional Library Information Desk. This book club will take place both in-person and virtually, so feel free to join however you'd like.

IT TAKES A GRAVEYARD TO RAISE A CHILD

Nobody Owens, known as Bod, is a normal boy. He would be completely normal if he didn’t live in a graveyard, being raised by ghosts, with a guardian who belongs to neither the world of the living nor the dead. There are adventures in the graveyard for a boy—an ancient Indigo Man, a gateway to the abandoned city of ghouls, the strange and terrible Sleer. But if Bod leaves the graveyard, he will be in danger from the man Jack—who has already killed Bod’s family.

The Graveyard Book, a modern classic, is the only work ever to win both the Newbery (US) and Carnegie (UK) medals.

Neil Gaiman is the #1 New York Times bestselling author of more than twenty books, including Norse Mythology, Neverwhere, and The Graveyard Book. Among his numerous literary awards are the Newbery and Carnegie medals, and the Hugo, Nebula, World Fantasy, and Will Eisner awards. He is a Professor in the Arts at Bard College.